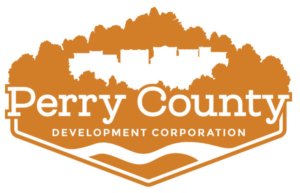 PERRY COUNTY, IN.  (December 2, 2022) – The Perry County Development Corporation (PCDC) has partnered with Indianapolis-based, MakeMyMove to launch a campaign encouraging remote workers to relocate to the county. Offering $7,000 and other perks, PCDC executives invite remote talent to bring their jobs and families to put down roots in Perry County.

“Perry County is perfectly positioned to welcome remote workers,” said Erin Emerson, President & CEO of the PCDC. “In addition to great access to high speed internet, we have top-rated schools, a safe community, and a lower cost of living compared to many parts of the United States.”

Emerson sees the incentive program as a natural next step for the award winning Pick Perry Campaign, which launched in 2016 as a centralized community brand and website and has since evolved to include monthly “Pick Perry Days,” welcome bags for new residents, networking events for newcomers and more. “We’re excited to partner with MakeMyMove to build upon the success of the campaign and to broaden its reach and impact,” said Emerson. “We see this as an opportunity for strategic growth. The community will benefit from additional tax revenue, local consumer spending, and on top of that, new neighbors and friends.”

PCDC and MakeMyMove will work together to build an incentive program designed to offset moving expenses and connect newcomers with local amenities. Interested candidates must apply for the incentives, currently reside outside of Indiana, be employed full-time with remote privileges, or be self-employed and able to bring their business anywhere in order to be considered.

As the pandemic wanes, remote work remains a permanent fixture in the American jobs landscape. With an ability to work from anywhere, these kinds of workers are increasingly on the move. Anywhere between 14-23 Million Americans are expected to relocate as a result of remote work.

“Remote workers are free to live where they want, and many are using that newfound freedom to find a place that better suits their lifestyle,” said Evan Hock, co-founder of MakeMyMove. “Perry County checks many of the boxes that these professionals want:  a connected community, affordability, wide open spaces with outdoor recreation, and more. We’re pleased to partner with PCDC to highlight all that Perry County has to offer.”

Applications for the Perry County program will open shortly. Remote workers who are interested in applying or learning more should go to https://www.makemymove.com.

About MakeMyMove:
MakeMyMove is the nation’s first and only marketplace that matches remote workers to communities across the country offering relocation incentives. MakeMyMove was founded by former Angie’s List executives Bill Oesterle, Evan Hock and Mike Rutz. 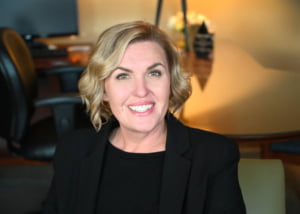 Tell City Indiana (October 24, 2022) – The Perry County Development Corporation (PCDC) Board of Directors has announced the appointment of Erin Emerson as President and CEO of the organization.  Alvin Evans, who has served the PCDC for over 30 years, most recently as Projects Manager, has retired from his official role.

Emerson has been with PCDC for nine years, most recently serving as Executive Director. During her tenure in this role, Emerson led all aspects of the award-winning Pick Perry Campaign, which promotes Perry County, cultivates community pride and engagement, and attracts and retains talent. The campaign gained global recognition in 2020 by winning a gold category award from the International Economic Development Council.  Recognizing that economic development extends beyond business attraction, Emerson has played an integral role in the evolution of the organization and has expanded the influence of PCDC to include community and workforce development, support for entrepreneurship and quality of life and place. Asked about this accomplishment, Emerson remarked, “I’m extremely proud of how this organization has evolved to meet the changing needs of our community. I’m also grateful to live in a place that is willing to embrace new ideas, like the Pick Perry Campaign, and where developing a unified community brand is not only possible, but wildly successful.”

In addition to her work at PCDC, Emerson serves on a variety of boards and committees in the county and region. Her commitment to addressing barriers to community growth, supporting working families and improving local quality of life led to her involvement with Perry Preschool & Childcare, the county’s only licensed childcare center.  She has been involved since the initiative’s inception in 2013 and has served as the organization’s board president since 2020. Recognizing that childcare is essential infrastructure, especially for rural communities dependent upon retaining and attracting young families, Emerson has gained national attention for her advocacy efforts and is a frequent guest speaker at events throughout the state. In addition, Emerson serves on several local and regional initiatives including the Perry County Mental Health Coalition, the Southwest Indiana Development Council, the Southwest Indiana Small Business Development Center Advisory Committee, and Indiana 15 Regional Planning Commission’s Economic Recovery & Resiliency Plan Task Force. She is also a member of the Indiana Economic Development Association.

Board Chairman David Goffinet stated, “We are so pleased and excited with our recent announcement of Erin Emerson as the President & CEO of the Perry County Development Corporation. Because economic development has significantly changed in recent years, the board recognizes that Erin is a perfect fit with her incredible leadership, marketing, and team building skills. All of Perry County will continue to benefit from her unique skill set and her dedication to our community. We are lucky to have someone of Erin’s caliber leading our organization into the future.”

As she assumes this new role, Emerson is cognizant of the responsibility she bears. “Economic development plays a critical role in the overall trajectory of a community. This is more than a job for me. I live here. This is the place I have chosen to call home, to raise my family. I am both excited and grateful for the opportunity to lead the PCDC in this new era that is so ripe for development. Our community is positioned for growth, and I am eager to work alongside local leaders to break down barriers and create innovative solutions that will continue to move our county forward.”

Emerson will build upon the work of Alvin Evans, whose dedication to economic development in Perry County has spanned three decades.  A founding member of PCDC, Evans has served on the board of directors since its inception in 1990.  He began working full-time for PCDC in 2013 and assumed a variety of roles through 2022, including President and CEO, Vice-Chairman, and most recently as Projects Manager.

Working alongside other community leaders, Evans was integral in developing Perry County Industrial Park South, which hosts ATTC Manufacturing; and Perry County Industrial Park Riverview, which hosts both Waupaca Foundry and Webb Wheel Products.  During his years of service to the organization, Perry County secured $450 million in new investments that resulted in over 2,000 new jobs in the county.  In addition to Evans’ work on behalf of PCDC, he also serves as a board member and employee of the Perry County Port Authority, where he has played a vital role in the purchase and start-up of a short-line railroad and the establishment of a river port.  He is also a past president of the Perry County Chamber of Commerce and has been involved in many other community and philanthropic organizations.

“Alvin’s leadership with the PCDC was critical to Perry County’s recovery from the loss of essential manufacturing jobs in the early 90s,” said Goffinet. “His love of this community and dedication to its growth will be felt for generations to come.”  Evans will continue to serve on the PCDC board in a volunteer capacity. He resides in rural Tell City with his wife Fran (Etienne). 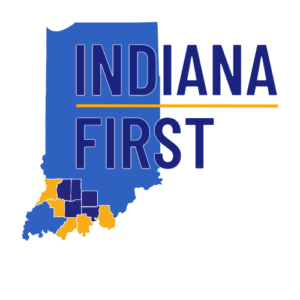 Southern Indiana (August 12, 2022) – Nearly 400 new homes are being planned across southwest Indiana, to address the gap in quality workforce housing. The Indiana First region, recognizing a critical need for additional housing in all counties throughout the area, will focus much of its READI grant award on the “Talent’s Hometown” program. This initiative will support multiple public infrastructure projects in each county, opening additional development opportunities for residential builders.

“As a region, the shortage of quality, affordable housing is one of our greatest challenges,” said Erin Emerson, Executive Director of the Perry County Development Corporation, and Indiana First committee member. “Spurring growth in the housing sector is absolutely critical to our ability to retain and attract talent and we are excited about the impact these projects will have on our individual communities and our region as a whole.”

Upon completion of the initial round of READI funding, awarded by the Indiana Economic Development Corporation, the Indiana First region anticipates an increase of more than 205 single family homes, and at least 85 multi-family residential units across the five-county area. These new residential developments, in Harrison, Knox, Perry, Pike, and Spencer Counties are made possible through $7.1 million in READI grants for public infrastructure projects. As a result, this state funding will leverage more than $109 million in private capital investments, and nearly $39 million in local matching funds.

In addition to public infrastructure for housing, other projects from the Indiana First regional plan are being considered for funding, with approvals anticipated in the coming weeks.

The Indiana First READI Region includes Harrison, Knox, Perry, Pike, and Spencer Counties in southwest Indiana. The region was awarded $15 million from the state’s READI program, intended to accelerate projects that will enhance the area’s quality of life, and increase competitiveness for economic growth.

Indiana’s nationally recognized Regional Economic Acceleration and Development Initiative (READI), administered by the Indiana Economic Development Corp., allocated $500 million in initial funding for projects which will improve the quality of place, and quality of opportunity, in communities throughout the state. It also encourages a new level of regional collaboration that bring mutual stakeholders together to determine for themselves the future of their communities.